As liquor shops reopened across Red, Orange and Green Zones on May 4 amid the third phase of the nationwide coronavirus lockdown, states including Karnataka did massive business worth crores. In the meantime, a picture of a liquor bill amounting to Rs 52,841 has gone viral on the internet as netizens expressed severe disbelief.

Liquor worth Rs 52,841 was purchased from a shop named Vanilla Spirit Zone in Bengaluru. The bill’s picture has been doing the rounds of the internet since Monday evening. Abhishek Baadkar, a Twitter user, shared a picture of the bill, saying, “Someone spent his month’s salary today”. 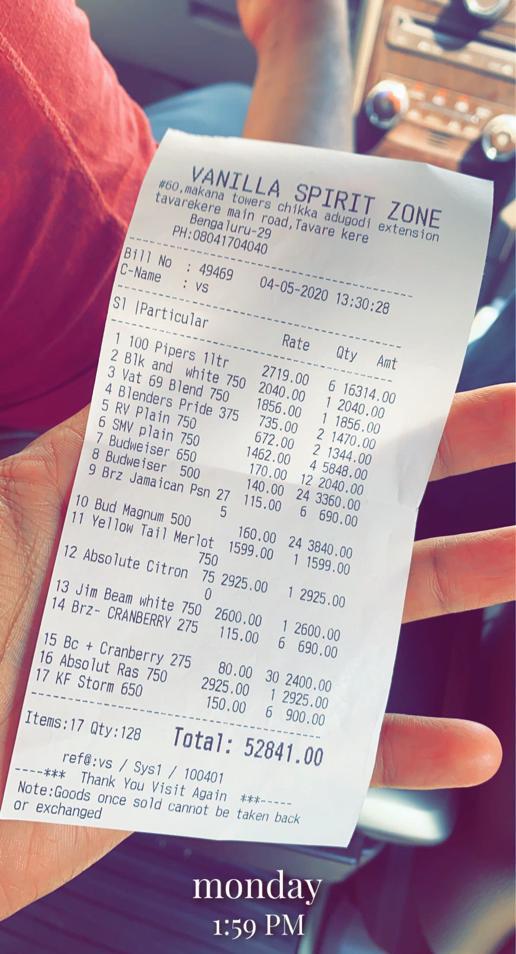 Another liquor receipt amounting to Rs 95, 347 also went viral on Twitter as it was billed in a wine shop in Bengaluru as well. The name of the store wasn’t visible on the bill but it was clear that the shop was located in Dollars Colony in the Karnataka capital. 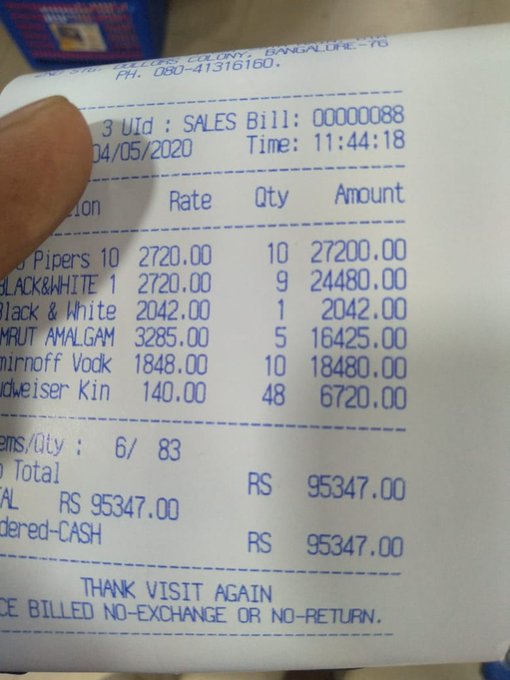 The internet was stunned and posted about it in the comments section while several users also posted funny memes.

Liquor worth Rs 45 crore was sold in Karnataka on May 4 as wine shops reopened in the state.

Long queues were seen outside standalone liquor shops across several states on Monday as people lined up from early morning. In order to curb the spread of the novel coronavirus, liquor shops have been directed to abide by certain guidelines of social distancing.

Liquor shops shut down all over India after the nationwide lockdown was announced on March 24. The coronavirus lockdown has been extended for the third time and will continue till May 17